CHAPTER ONE - THE ACCIDENT

"Drakonim," Galen Ford whispered to his son through blood-flecked lips.

"Dad, Jesus, Dad!" Sebastian gripped his father's shoulder as he scrambled forward between the two front seats of their Camry. The car was at an almost ninety degree angle. The engine was ticking. Steam rose from the engine block. It was crushed. Sebastian could see the front end looked crinkled like a crushed bag of chips.

We must have gone off the road. Those are trees. We're on Easham Hill. In the woods, Sebastian realized as he peered through the ruined windshield. He recognized the landmarks of the old radio tower silhouetted by the moon well above them. They'd been driving home from dinner in the next town over from theirs. It was to celebrate his eighteenth birthday. He'd felt sick and didn't really want to go. But his father had given him that disappointed-in-you look and he'd folded.

And now look where we are.

His father gave out a pained wheeze. Sebastian released his hold on Galen's broad shoulder. That was when he saw that the steering column had shot up against Galen's chest. He was pinned to the driver's seat like a butterfly to a board. The front of his father's dark jacket looked wet. Sebastian didn't know if it was blood or water from the rain streaming through the broken windshield.

"Mom?  Mom?  Are you okay?"  Sebastian twisted in the seat to look at her.

Samantha was in the front passenger seat. She was staring out the shattered windshield. Cold, spring rain was pouring inside the car through hole punched into the glass from one of the tree's limbs in front of her. Her blonde hair was plastered against her forehead with water and blood.

"Mom, answer me!  Can you talk?" Panic welled up in his throat mixed with bile.   Was she dead?  With a shaking hand, he felt her neck. Her pulse was there, still strong and steady. In the dark she looked fine, almost normal.  "I'm going to call an ambulance. Hold on, you guys."

He reached for his iPhone that was his birthday present. it was in his back pocket. His right shoulder screamed in protest as he moved his arm around. He'd been sleeping lying down on the back seat. He'd only woken when he found himself flying through the air and then slamming into the backs of his parent's seats as their car shot into the trees. He must have jammed his shoulder.

As he fought through the pain and grabbed the cell phone, he thought, This is my fault. My body weight must have caused the seat to fail. Dad wouldn't have gone into the steering wheel so hard if I had been buckled up. He wouldn't be breathing blood now. Sebastian blinked back tears.

He slide the phone on. There were no bars. Easham Hill was notorious for being a deadzone. But surely, just this once, when he really needed it, some stray signal would find its way down. His fingers felt slippery as he tapped in 911. Red smears were left on the slick glass. He raised it to his ear, but he heard the beep-beep of lost call before he got it halfway there. Cursing, he realized that his mother had a different phone and carrier. Maybe she could get a signal.  She kept it in her purse, but the floor beneath her feet was obscured by velvety darkness.  He swung his hand around hoping to hit the bag, but he felt nothing.  Cursing he pulled himself back up.

Sebastian jerked around towards his father. He gasped as he saw blood pouring out of of the older man's mouth like a waterfall. Galen made a gurgling noise. Sebastian tipped his father's head to the side to try and drain the blood out so that it wouldn't flow back down his father's throat and choke him.

"Hold on, Dad! Just hold on!" Sebastian punched 911 into cell phone again. "Jesus! God, go through. Please go through," The phone beeped then went silent. No signal. "No. No fucking way. No. No. No."

He slammed his fist against the back of his mother's seat. She didn't react. He brushed her cheek with her hand.  He was tempted to try to wrench her head to the side to get her attention, but her neck might be broken.  She continued to stare out the windshield.  He looked at where she was facing. But other than the spiderwebbed glass and the night-drenched trees there was nothing to see.

Neither of his parents responded and Sebastian had never felt so young.  There was no one to tell him what to do, what was right or wrong.  No one to turn to for advice.  Whatever decision he made was his alone.

Sebastian grasped the doorhandle to the rear passenger door. It wouldn't give at first. Gritting his teeth, he used his left shoulder, the one that wasn't as injured, to shove the door open. Finally, with a pop, the door flew wide and Sebastian spilled out onto the ground.  He gasped in pain as his damaged right shoulder slammed into the ground. Rain pounded down on his head, pouring like a waterfall over his short blond hair. His leather jacket immediately became soaked through. He scrambled to his feet. His boots sank into the mud and he slipped down onto one knee.  He dug his hands into the wet earth and forced himself to his feet. He glanced back once more at his parents in their smashed car. He could hardly see their outlines.

Gotta get help.  Get up the hill.

The road up Easham Hill was flanked on both sides by thick woods. But there was one part where the road was higher than the trees, a hill on a hill as his mother had always said. They were at the bottom of that. The faint light of headlamps shot past fifty feet above him. A car had gone by. Cars meant people. People meant help.

He had to use his arms and legs to get up the steep hill. His fingers dug into the soft earth. Mud coated his hands and got under his fingernails. Rain blinded him. His jeans were like a second skin by the time he was a fourth of the way up. His right shoulder was screaming at him, but he ignored it and continued to drag himself up to the road. He had to get help for his parents.  Gasping for air and from pain, he pulled himself up the last part of the hill onto the flat surface of the shoulder of the road. Gravel sliced at his palms. He heaved himself up so he was standing. His vision blurred and he weaved for a moment.

Hit my head, too, I guess. He reached and touched a bump the size of a robin's egg on the back of his skull. It was tender to the touch and he hissed in pain as he pressed lightly against it.

But his own injuries were nothing compared to his parents. He pulled the iPhone out and searched for a signal. He held it before him like a divining rod. All the while he searched for those illusive bars, he kept an eye on the wet asphalt for the shine of oncoming headlights. But the road was dark and silent.

"C'mon, c'mon," he hissed. He waved the phone slowly from one side to the other as he walked along the gravel shoulder.

Just as he reached the crest of the hill, a bar flickered into life, but as soon as he moved the phone to dial, it disappeared. Gripping the phone hard he put it out flat again to see if the signal would come back. A bar appeared, but it was still too weak. He held the phone out above the road itself and the bar seemed to hold longer before it disappeared. He glanced down the road. No headlights. It was clear. He took two steps out onto the asphalt. The signal was much stronger. He tried pulling it up to his ear. He thought he saw it flicker.

Just use the goddamn speaker phone! He realized and with a curse at his stupidity, he dialed 911 holding the iPhone flat on his palm. It rang and rang, but finally he heard a crackling voice say, "911. What is your emergency?"

"We had a car accident. My mom and dad are still in the car. They're hurt really bad!" he shouted.

"I'm sorry, but you're coming in and out. Are you on a speaker phone?" the female operator's voice crackled. "Hold it nearer to you if you can."

He leaned forward, directly over the speaker. Rain water rushed down his cheeks and forehead. "We had a car accident. On Easham Hill Road."

"What? Is an ambulance on the way?" Sebastian leaned closer to the phone, turning his head to the side so he could hear better.

At that moment, headlights suddenly appeared rising up the hill. It was an SUV. Coming straight for him. He didn't hear what the operator said. He didn't hear anything except the hiss of four tires on wet asphalt then the shriek of brakes. He jumped for the shoulder of the road. The SUV's mirror clipped him and he went flying again. Just before he hit the ground and blackness poured over him like oil, he thought he heard his father's voice one more time.

Much later, he looked up what the word meant. It was a Hebrew word. It meant dragons. 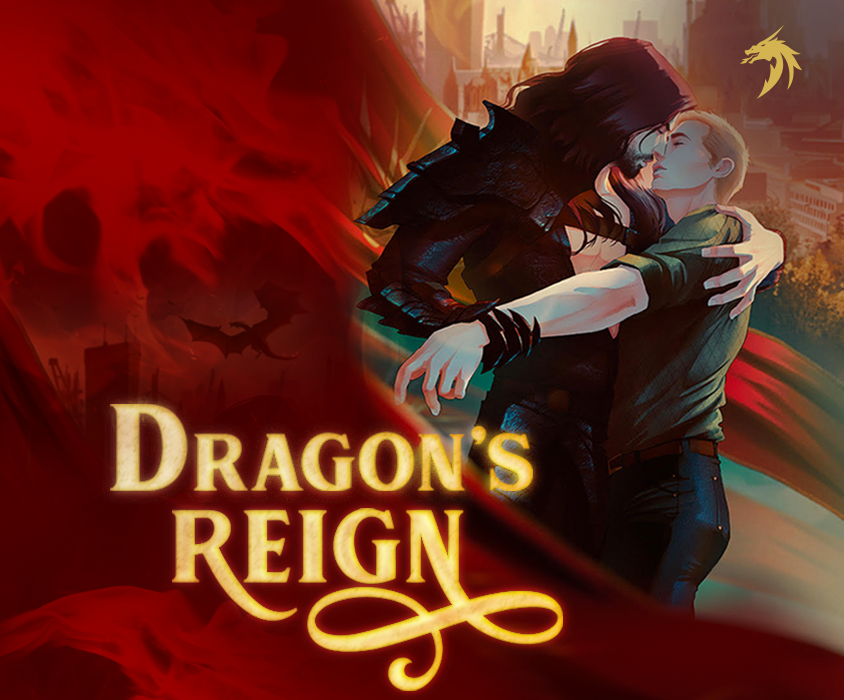