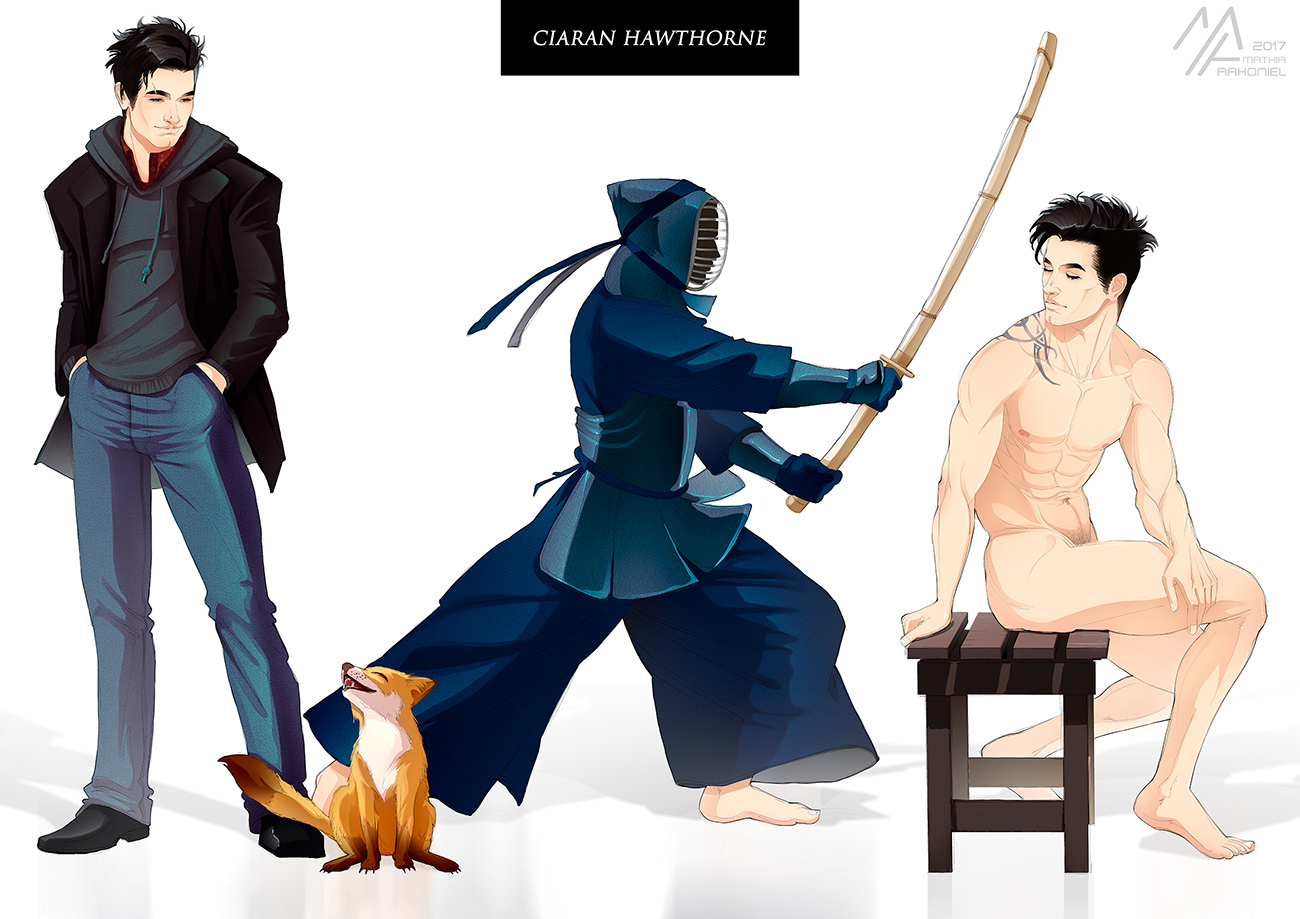 MOTHER: Maeve Hawthorne - police officer, died in line of duty though she, too, like her son was prone to illness. She died when Ciaran was 3.  She is the descendant of the fallen Blade.

FATHER: Egan Hawthorne - lawyer, alive, but distant from his son.  Ciaran’s near constant illnesses since childhood have made him afraid that Ciaran will die and leave him, too.

COMPANION: Twig, the fox, who is a little more than just a normal fox ...

CIARAN'S PERSONALITY: Though plagued by constant illnesses all his life, Ciaran has always chosen happiness and done physically what he can, which has kept his body lean and honed. He sees the transient nature of life so has learned to love every minute of it.

He has studied kendo for years with Aiko Enomoto who has helped him deal with the pain and debilitating weakness. Aiko has never treated him as broken, which has allowed Ciaran to see himself as a whole person.

Ciaran though has received bad news. The strange "blood cancer" that has been chipping away at his health and life has now accelerated. His doctor fears he has a month left, maybe more, but likely less. Determined to live every day to the fullest, Ciaran decides to go to his mother's family's cabin in the woods, but before he makes it there he sees the impossible: an Elven King on a white horse being chased by wraiths of pure darkness ...