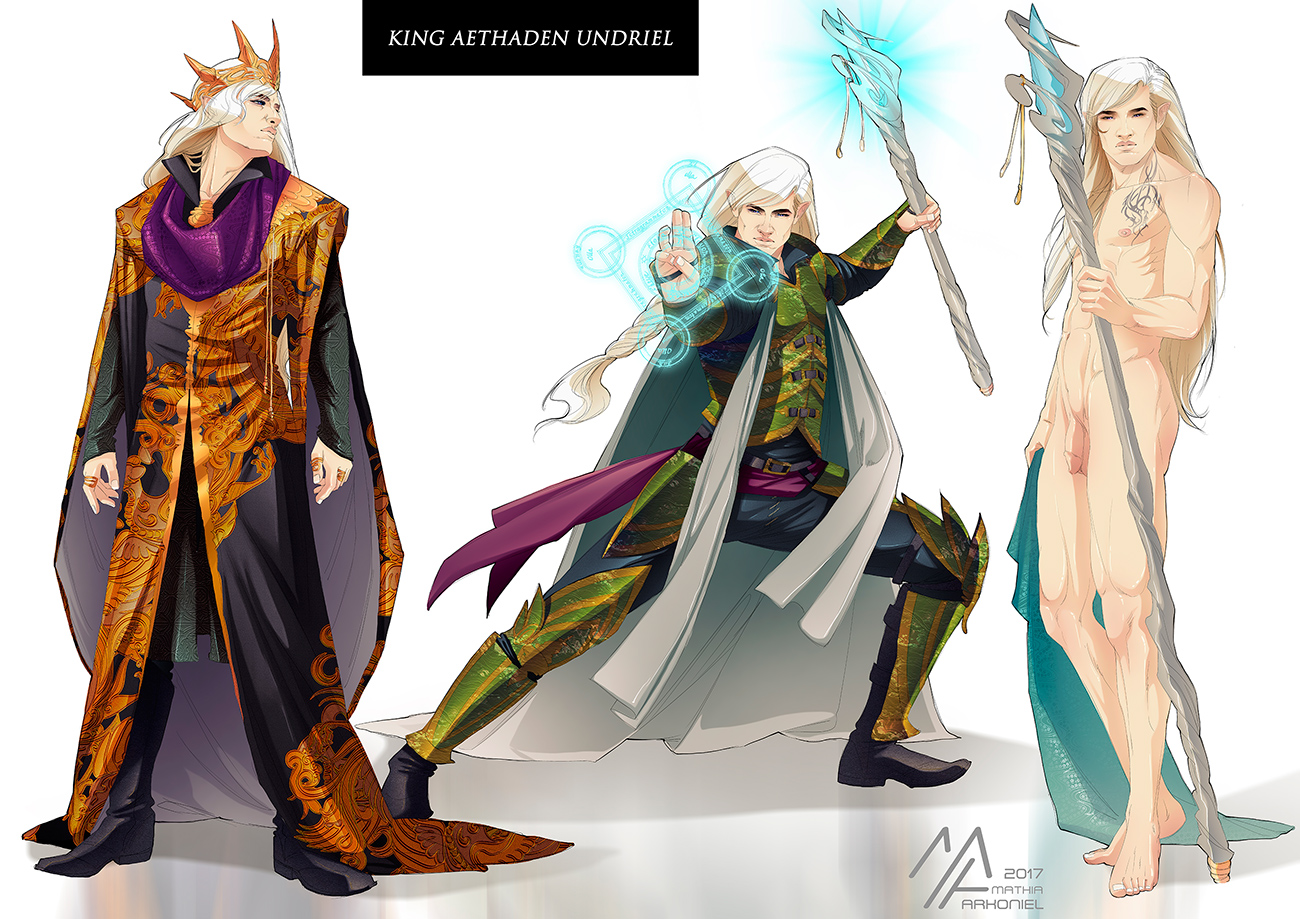 TATTOO:  He has the same tattoo as Ciaran. Shows they are connected.

PET: Twig adores him, often wraps himself around Aethaden’s neck, nose tucked beneath his fluffy tail.

PERSONALITY: Aethaden is the last Undriel.  He has watched as all of his kin have fallen into the Black Sleep without their Blades.  His youth protected him from falling, too, but that protection is at an end. He has passed his 1000th year when he should have bonded with his Blade, but he has yet to discover a way to bring the Blades back or free his kin from the dark magic that plagues them.

The youth that spared him so far has made him many enemies among the other powerful Elven clans who resent such a young Elf ruling them, especially someone as proud and prickly as Aethaden.  These families see no reason why the Undriels must continue to lead them at all. After all, the Undriels’ unique ability to rouse the Guardians to protect them hasn’t been needed since far before Aethaden has been alive. Surely, that state of affairs will continue …
But Aethaden has no intention of going quietly into that good night.  He will go to the ends of the earth, even other realms to find his Blade and a way to save his family.  But he never even considered a lesser being such as a human would be his savior ...