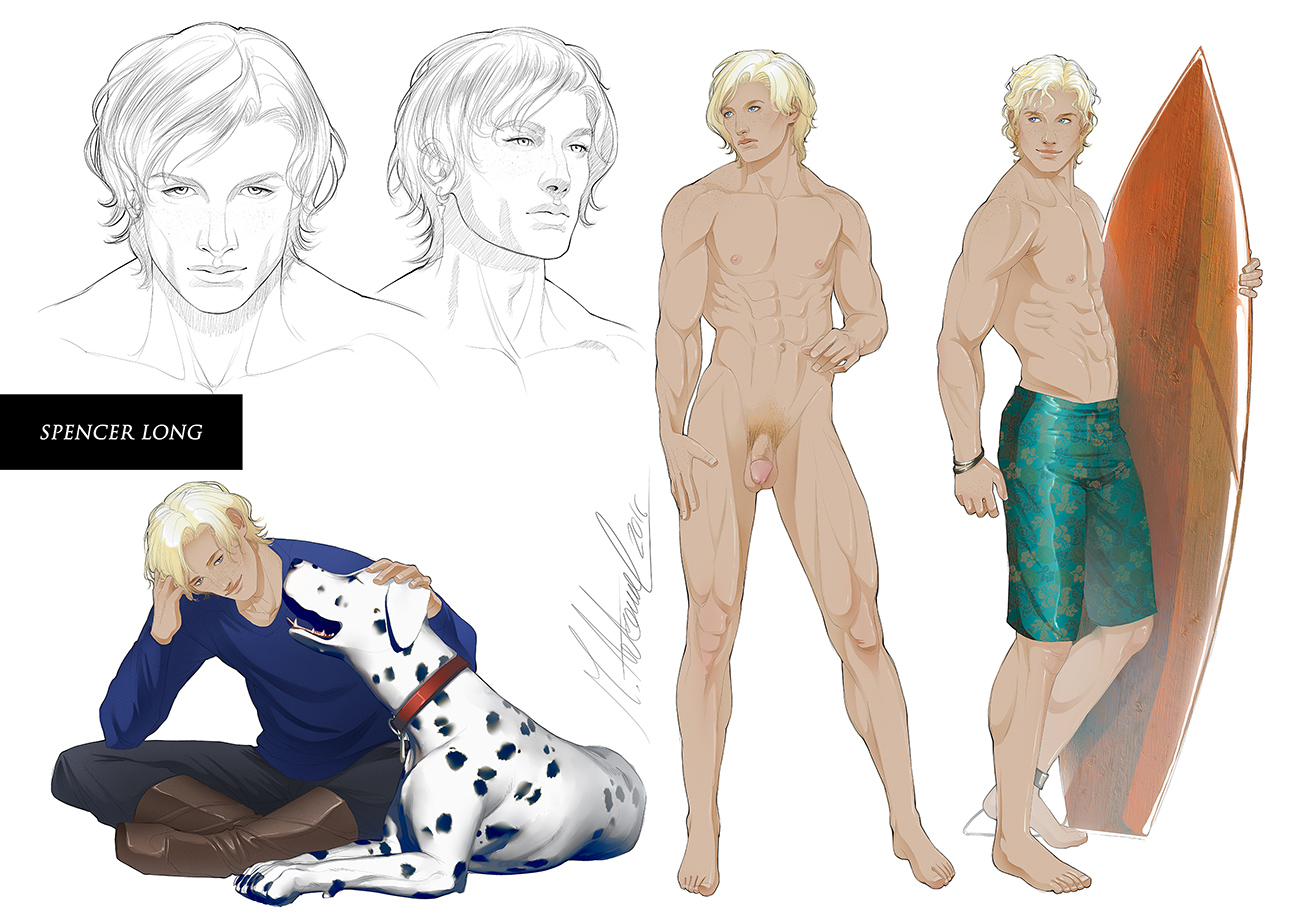 Unlike most of his colleagues at Miskatonic University who seem steeped in shadows, Spencer Long lives in the light. Preferably golden sunlight on white sand beaches.  A native of California, he came to the fabled East Coast university, because he senses answers await him there.

When he was twelve, his mother walked into a midnight sea and supposedly drowned.  She had claimed that Spencer's father had come from the water and lived in a fabled city beneath the waves.  But Spencer still dreams of her swimming beneath the ocean's surface, but unable to return to land to get him. These dreams are so vivid that he sometimes sleepwalks and wakes at the water’s edge.

Upon learning of the existence of the Mers through his graduate study program with Dr. Rebecca Cleave, Spencer’s belief that his mother is still alive somewhere, waiting for him grows. The fact that the head of the project, Dr. Rebecca Cleave, reminds him so much of his mother makes him feel that all of this is fated.

But when Lord Aemrys recognizes in him the blood of the reviled and lost Mer House Aer all his plans may be derailed.